In George Small’s “Legacy” Series, the artist explores issues of urban development and life, simultaneously countering yet connecting past with present, man with nature. In these poignantly revealing cast bronze sculptures, powerful work simply bespeaks the realities of encroaching urbanism, incorporating rather jarring icons of the city including guns, knives, chains, etc., Surface treatment includes individualized patina which allow cool shades of green to dance seductively through and around rich, warm tones of rust. Sensitive scratch marks and texturizing further enrich and activate the surfaces. Combining a sensual aesthetic with a blunt depiction of city life, these pieces elucidate the artist’s concomitant admiration and angst for the colossus of the city.

Cast from molds made from real skulls, the “Urban Growth” pieces show cities growing directly from the skull and horns of a ram. These powerful works clearly juxtapose past with present, urbanism in nature. While there is a sense of tragedy in viewing a city as a parasite clinging to the foundation of nature or in witnessing the debris of a man made existence embedded in the purity of nature. In the “Urban Growth” pieces, the geometrical, rigid forms of the city beautifully highlight the spiraling horns and raw lines and raw lines and cracks of the ram’s skull. By virtue of contrast, the “shapes” of nature further heighten the forms of the city. Finally, the ages surfaces of the sculptures remind us that the debris of today will be our history tomorrow.

With later pieces of the series such as “Shining City on the Hill”, Small examines symbol of power, in particular guns. In this work, three handguns standing on their barrels unites at the top to for a sort of pyramid. Out of this structure, noted in history as a symbol of religion and power, grows the city, Fascinated with the gun as an everyday object ranging from toys for children to weapons used to both protect and usurp power, the artist shows the gun becoming the new armature for urban growth. The pistols are the roots which support the city. It powerfully and clearly records the world which surrounds the artist and evidences the objects which become the legacy of our lives. 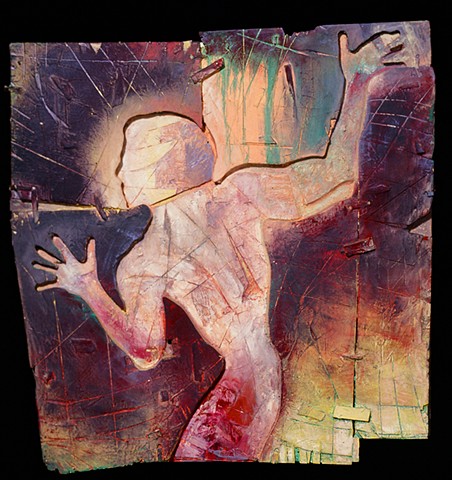 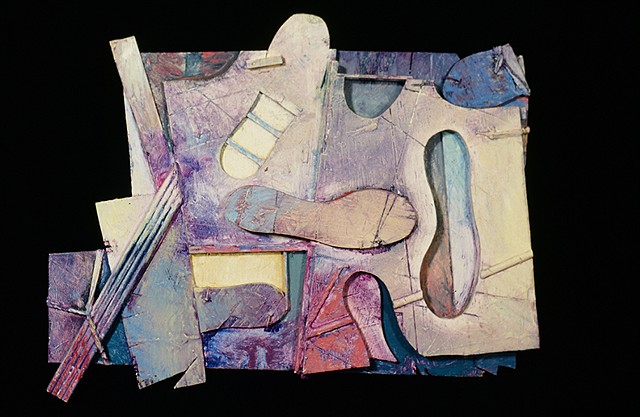 WHICH WAY TO GO? 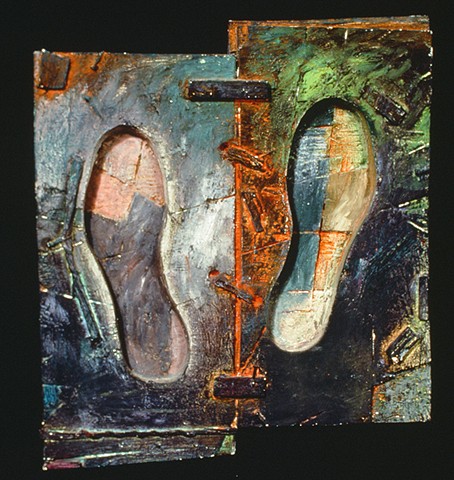 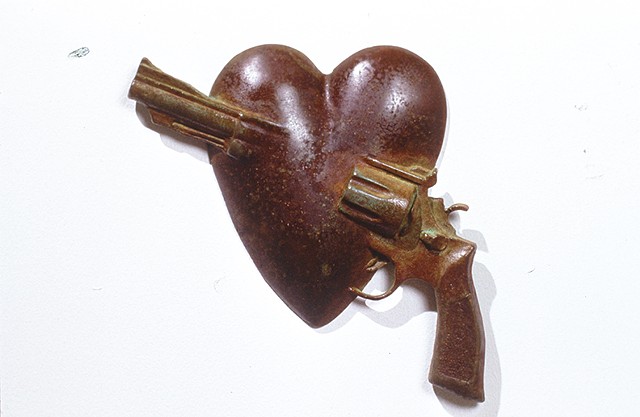 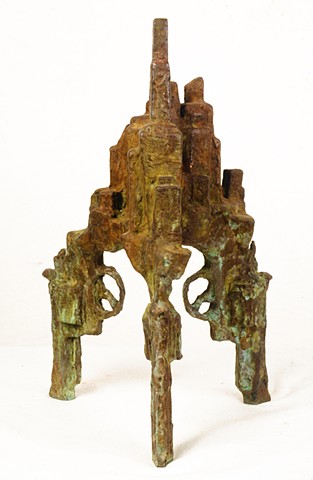 SHINING CITY ON THE HILL 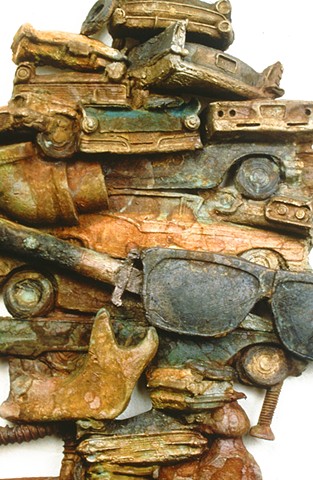 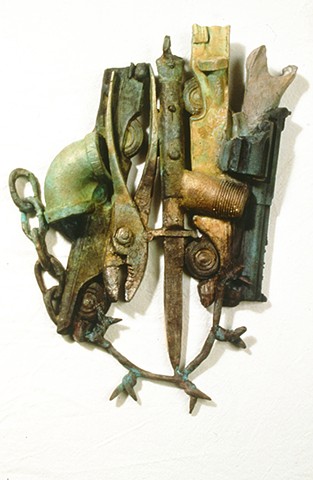 TOOLS OF THE TRADE 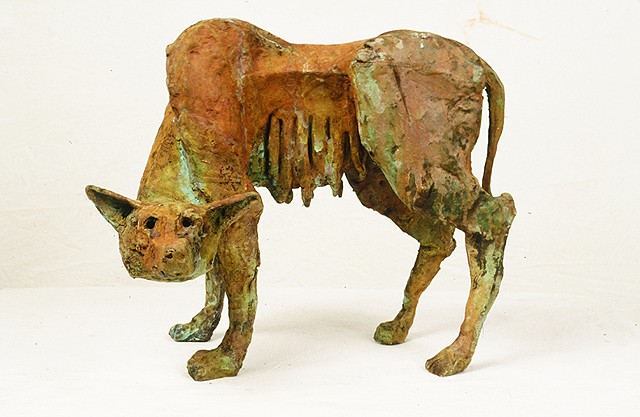 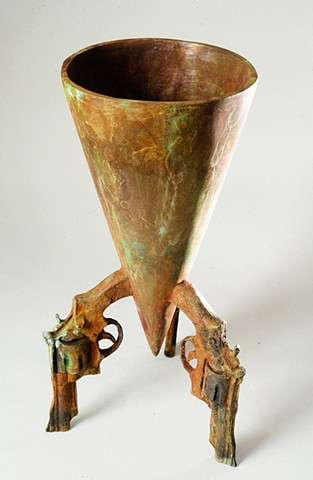 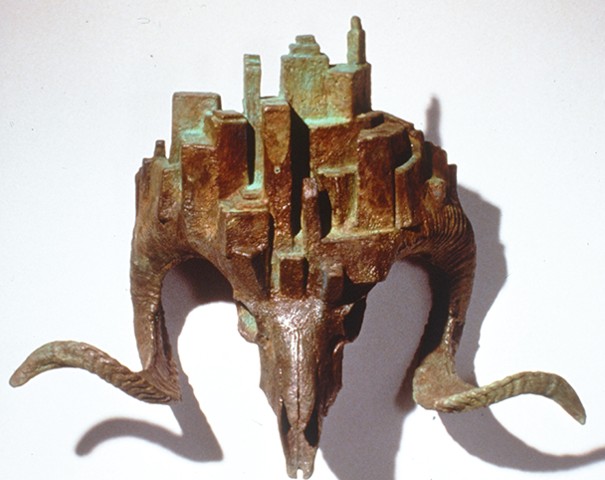 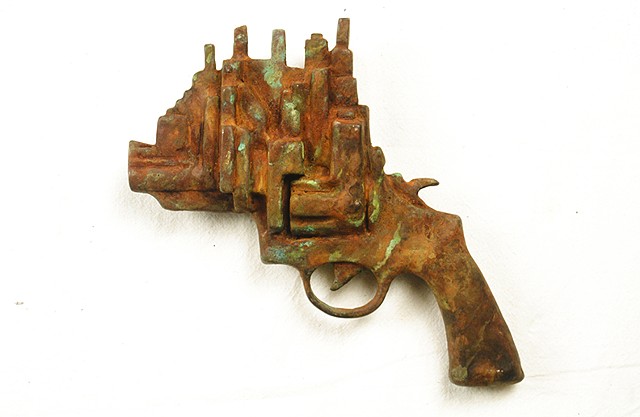 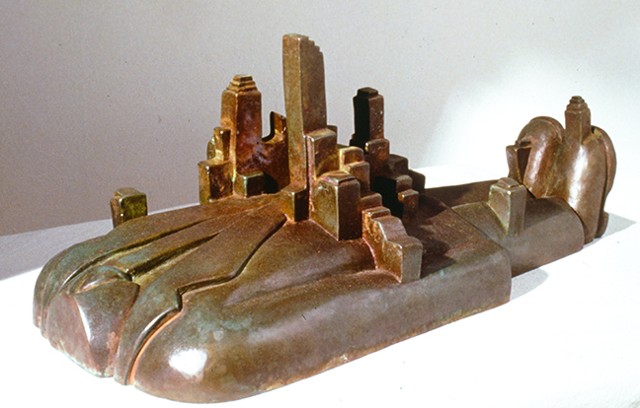 DEATH OF A SALESMAN 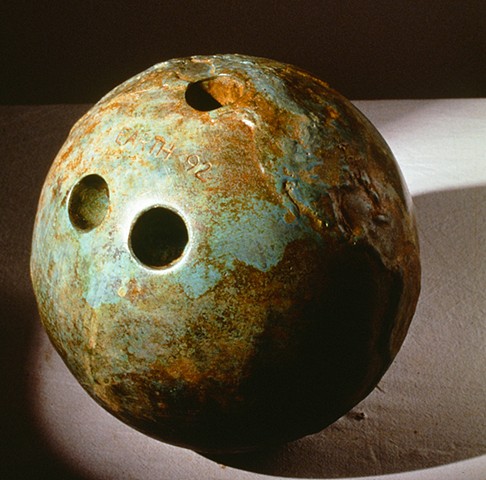 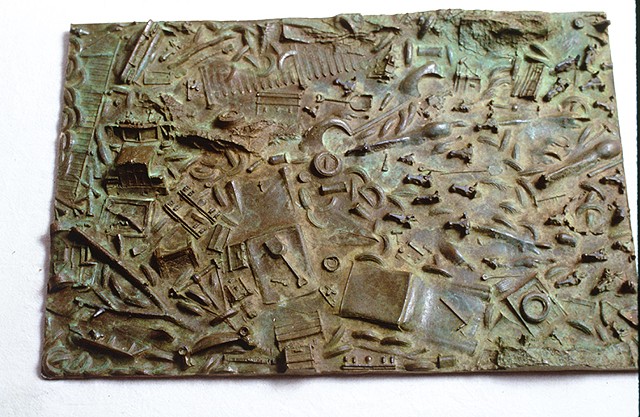 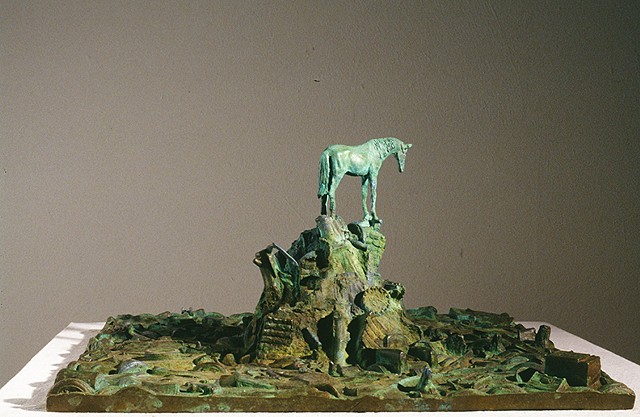 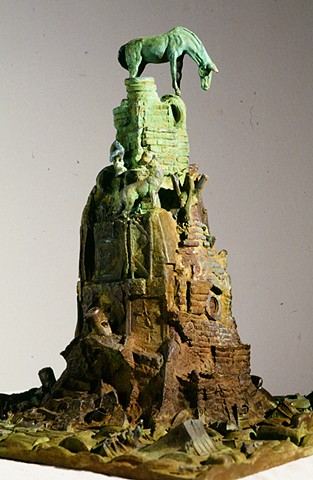 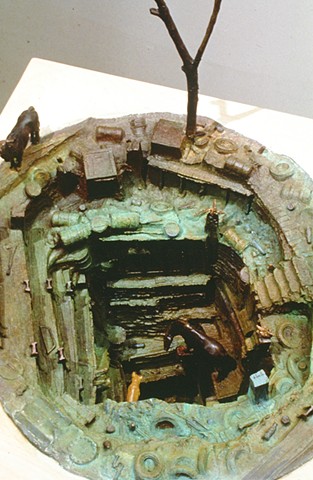 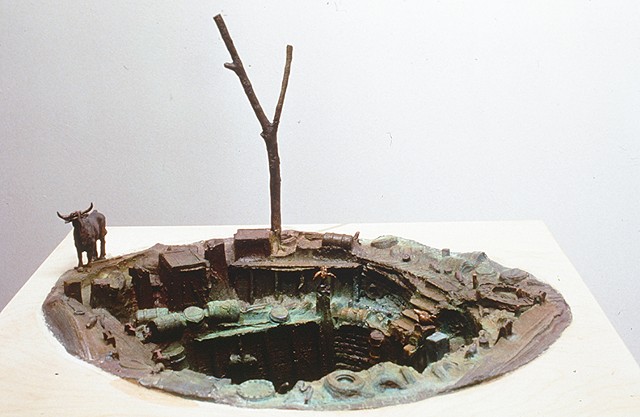