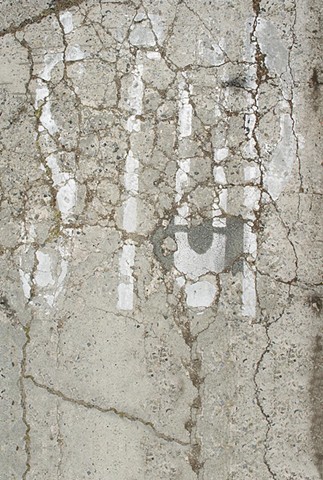 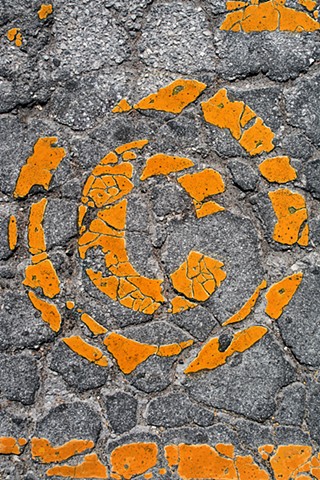 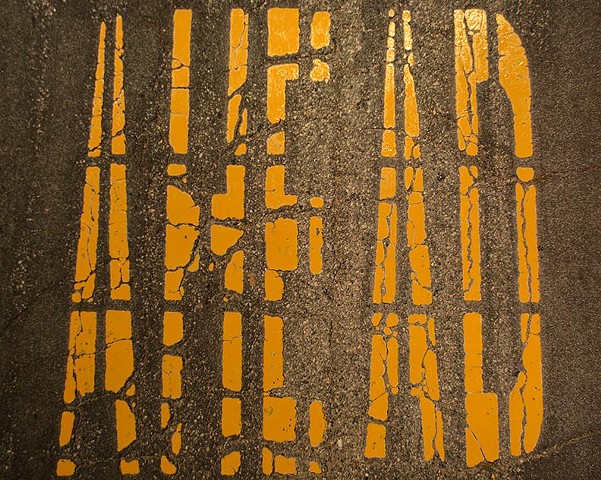 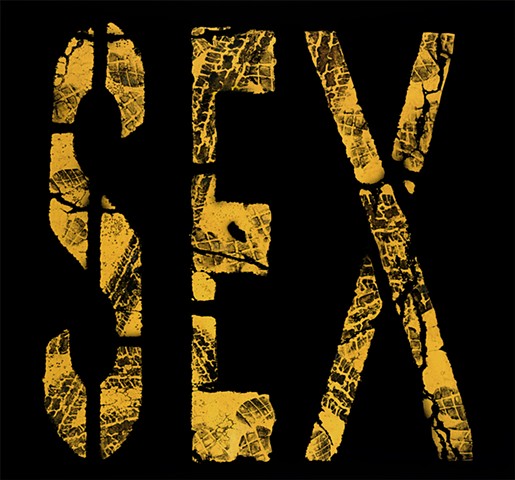 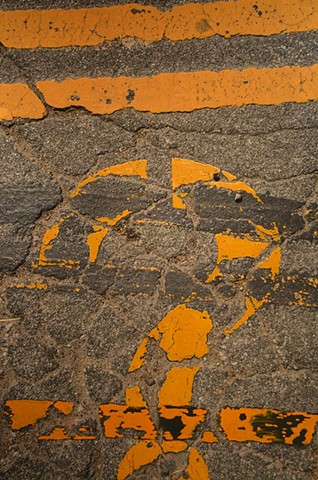 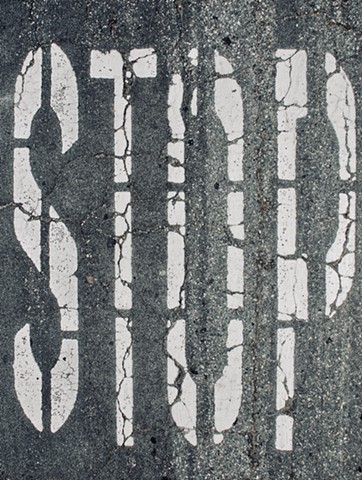 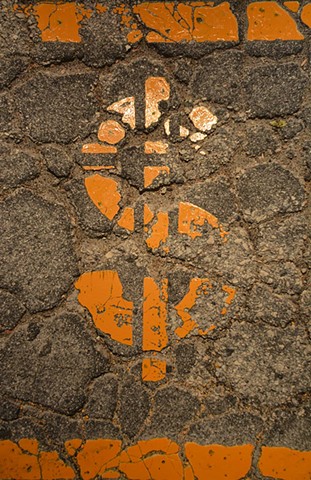 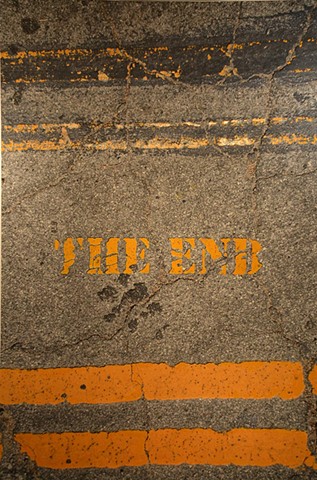 "Over the years I have been intrigued by our neighborhoods and streets, especially the road and street signs. Giving us directions and place to form our urban lives. Most notably the signs that stop, prepare and direct us. There are textures that crack and peel, overlap and fade year after year exposing an archaeological time. Some of my images are just black and white photographs. These photos were taken from a twelve foot high ladder using a 35 millimeter camera attached to a 12 foot boom fired by an assistant on the ground with a remote shutter control. All these photographs were taken on the streets of Venice California. Many shots were taken days before the whole Venice neighborhood was repaved in 2014. Venice was a great source for old and weary street signage. The avenue sourced many old textures, yellow and white lines with thick paint layered in successive years. Shortly after these images were taken Shell Ave in Venice was repaved in the summer 2014. Other images are fictional, re-created and don’t actually exist. What if roads and signs were more than directions? What if they were social or philosophical reminders or possible esoteric warnings, possibly provoking a thought, self doubt, a new consciousness or just heightened awareness. What if streets were marked with a dollar sign or a question mark? What if the street became a road to nowhere in metaphor when titled THE END. And the question expands. What are we at the end of."