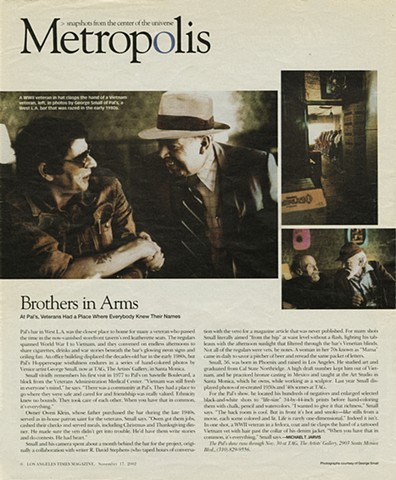 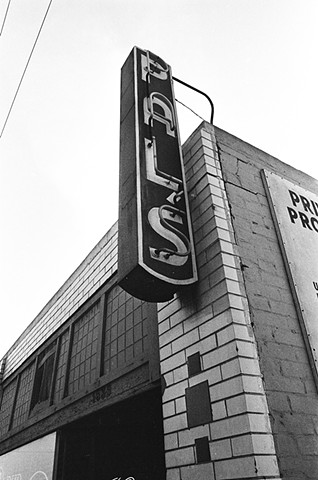 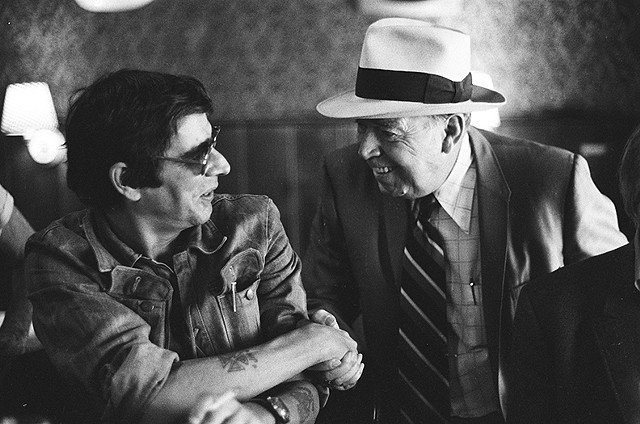 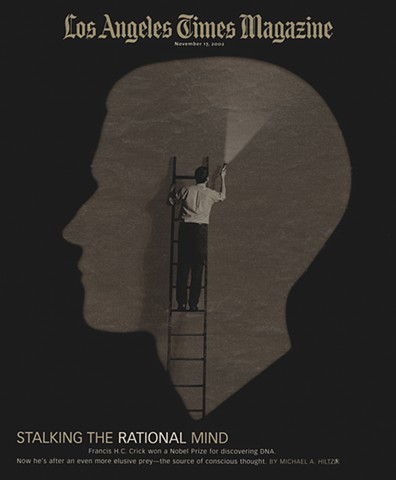 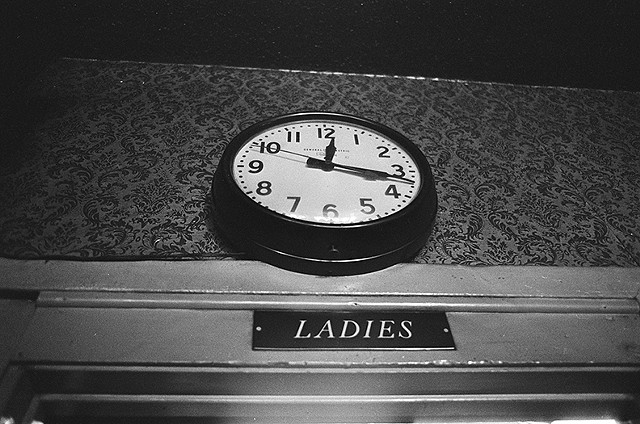 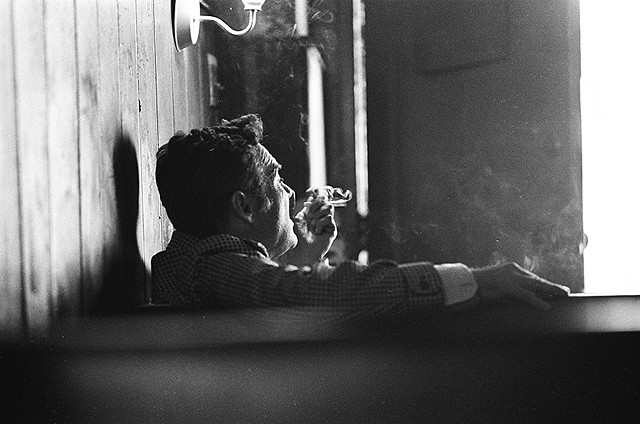 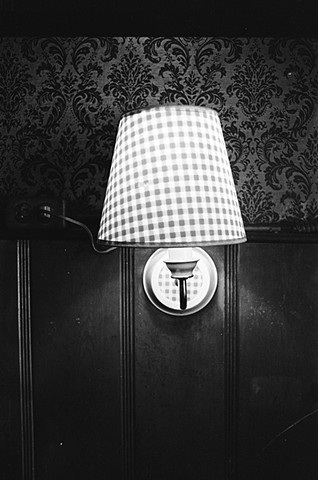 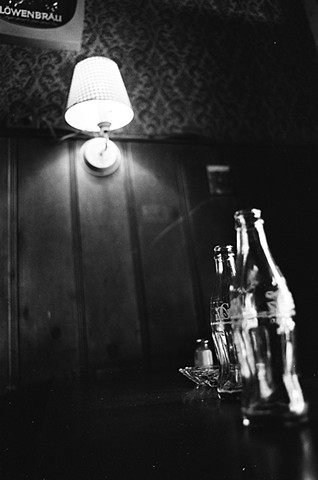 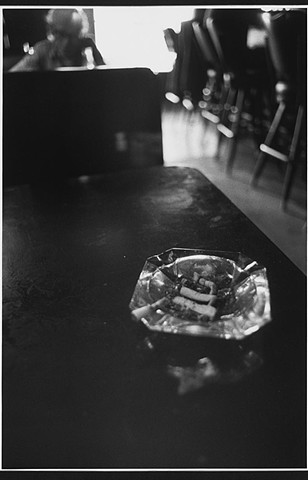 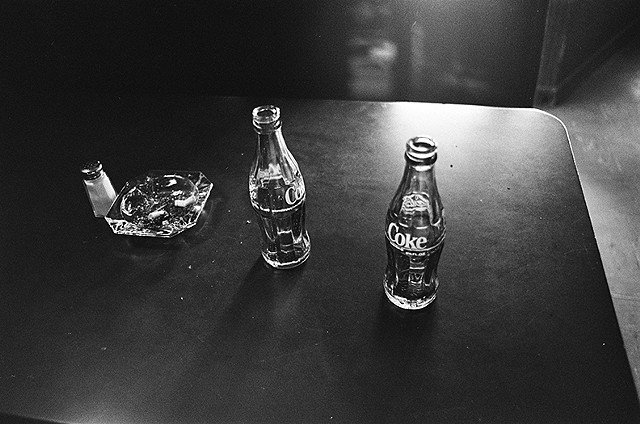 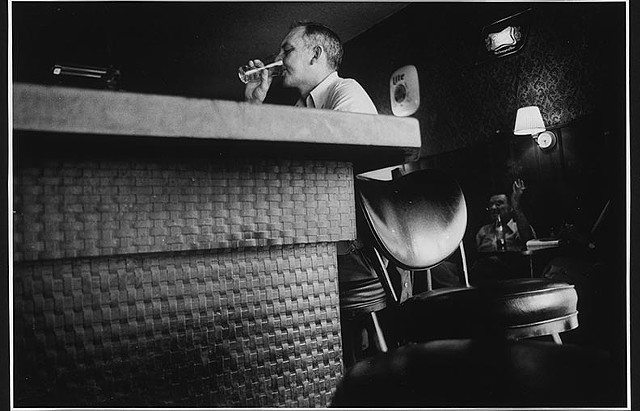 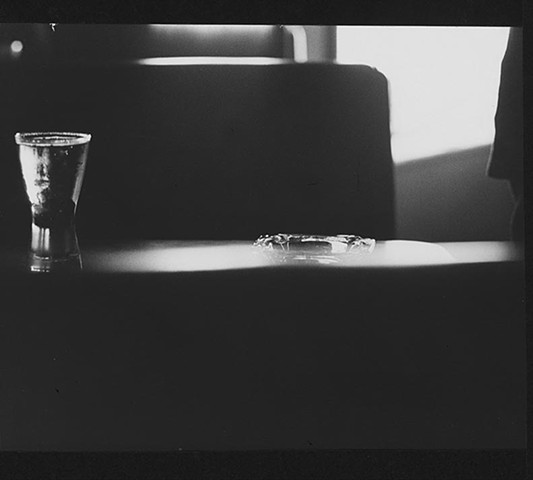 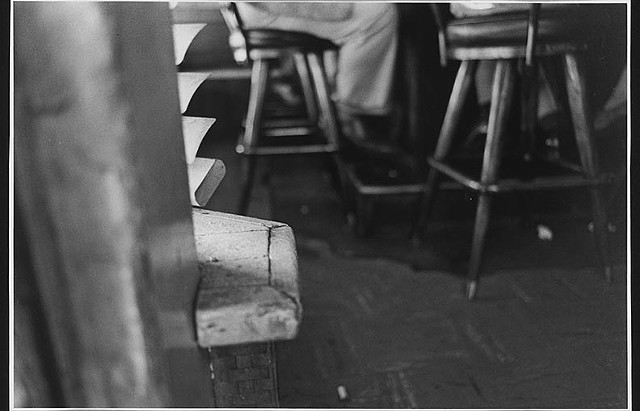 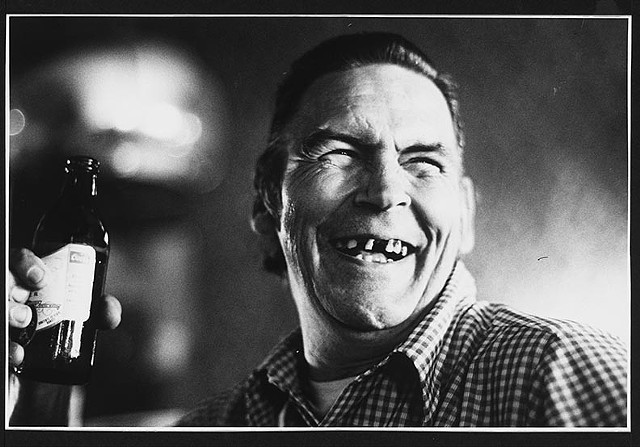 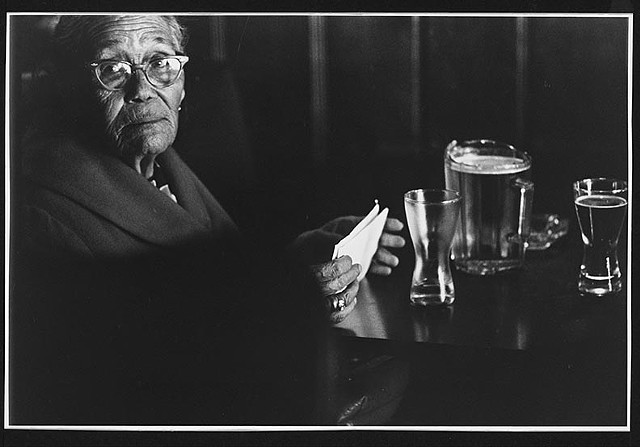 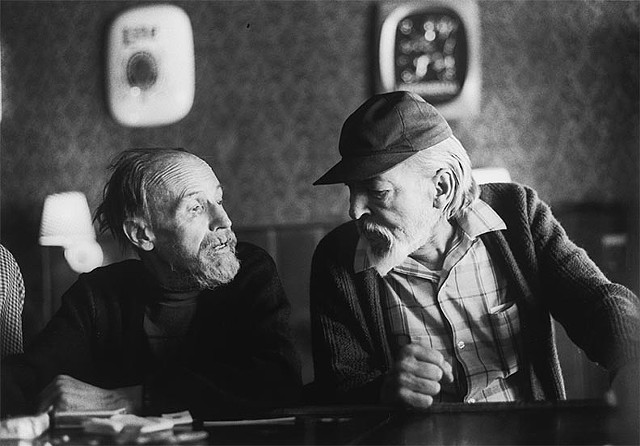 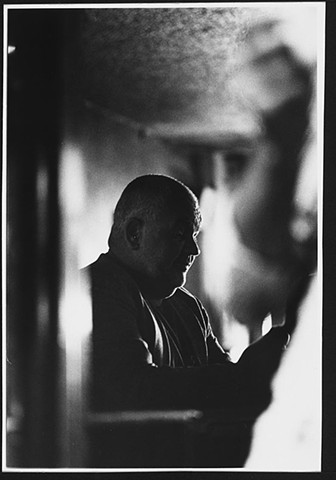 BROTHERS IN ARMS At Pal's, Veterans had a place where everybody knew their names. Pal's bar in West LA. was the closest place to home for many a veteran who passed the time in the tavern's red leatherette seats. The regulars spanned World War 1 to Vietnam, and convened on endless afternoons to share cigarettes, drinks and war stories beneath the bar's glowing neon signs and ceiling fan. An office building displaced the decades-old bar in the early 1980s, but Pal's Hopperesque wistfulttess endures in a scries of hand-colored photos. Venice artist George Small, now at TAG, The Artists' Gallerv, in Santa Monica. Small vividly remembers his first visit in 1977 to Pal's on Saw telle Boulevard, a block from the Veterans Administration Medical Center. "Vieuiain was fresh in everyone's mind," he says. There was a community at Pal's. They had a place to go where they were safe and cared for and friendship was really valued. Ethnicity knew no bounds. They took care of each other. When von have that in common, it's everything."

Owner Owen Klein, whose father purchased the bar during the late 1940s, served as in-house patron saint for die veterans. Small says. "Owen got diem jobs, i cashed their checks and served meals, including Christmas and Thanksgiving dinner. He made sure the vets didn't get into trouble. He'd have them write stories and do contests. He had heart." Small and his camera spent about a month behind die bar for the project, originally a collaboration with writer R. David Stephens (who taped hours of conversation with the vets) for a magazine article that was never published. For many shots Small literally aimed "from the hip" at waist level without a flash, lighting his tableaux with the afternoon sunlight that filtered through die bar's Venetian blinds. Not all of die regulars were vets he notes. A woman in her 70s known as "Mama" came in daily to savor a pitcher of beer and reread the same packet of letters. Small. 56. was born in Phoenix and raised in Los Angeles. He studied and graduated from Cal State Nortluidge. A high draft number kept him out of Vietnam, and he practiced bronze casting in Mexico and taught at die An Studio in Santa Monica, which he owns, while working as a sculptor. Last year Small displayed photos of re-created 1930s and '40s scenes at TAG.

For the Pal's show, he located his hundreds of negatives and enlarged selected black-and-white shots to "life-size" 34-by-I4-uich prints lietore hand-coloring them with chalk, pencil and watercolor. "I wanted to give it that richness," Small says. "The back room is cool. But in front it's hot and smoky—like stills from a movie, each scene colored and lit. Life is rarely one-dimensional.'" Indeed it isn't. In one shot, a WWII veteran in a fedora, O at and tie clasps the hand of a tattooed Vietnam vet with hair past the collar of his denim jacket. "When you have dia in common, it's everything," Small says.—MICHAEL T. JARVIS The Pal's dww raw through S'ov. 30 at TAG. The Artist* Gatten. 2903 Santa Monica Bli*l..(310)829-9556. fi LOS ANGELES TIMKS MAtiAZIXE. November 17 2002 Photographs courtesy of George